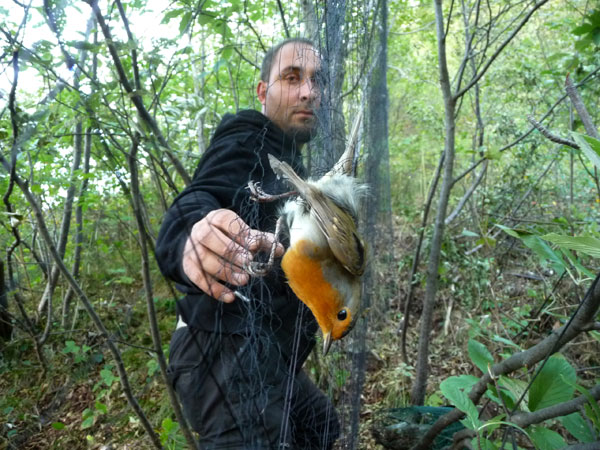 My friend Roger Kass recently gave me a chance to review an early cut of Emptying the Skies, his new film with brother Doug and novelist Jonathan Franzen. The documentary makes it U.S debut at the Hamptons International Film Festival next weekend. I highly recommend it as tale of both birds and people. Here’s a brief description:

Based on a New Yorker article by best-selling writer Jonathan Franzen, EMPTYING THE SKIES chronicles the poaching of migratory birds in southern Europe and introduces us to the intrepid volunteer squad of bird-lovers trying to stop it. Trapped at “pinch points” near the Mediterranean, these globetrotting songbirds are considered culinary delicacies and reap big bucks on the black market, yet many species are endangered and some face extinction. Directors Douglas and Roger Kass skillfully translate the spirit of Franzen’s words onto the screen and deservedly win this year’s Zelda Penzel Giving Voice to the Voiceless Award.

And here’s the trailer:

For more about the film, check out its Facebook page.