The economy grew at a tepid 1.5% annual rate in the second quarter, according to the latest BEA estimates. That’s far below the pace we need to reduce unemployment.

Weak growth was driven by a slowdown in consumer spending and continued cuts in government spending (mostly at the state and local level), which overshadowed rapid growth in investment spending on housing–yes, housing–and equipment and software: 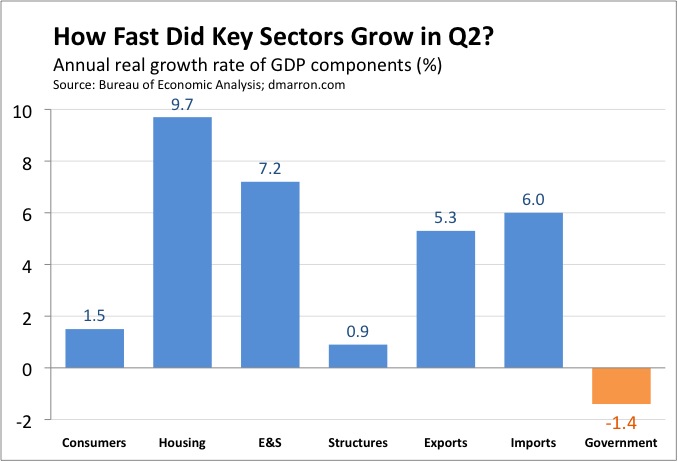