Earlier today, the Federal Reserve released its latest data on industrial production. Bottom line: production over the past three months has been surprisingly strong. Growth in September was more than expected, and the previous month was revised upward. 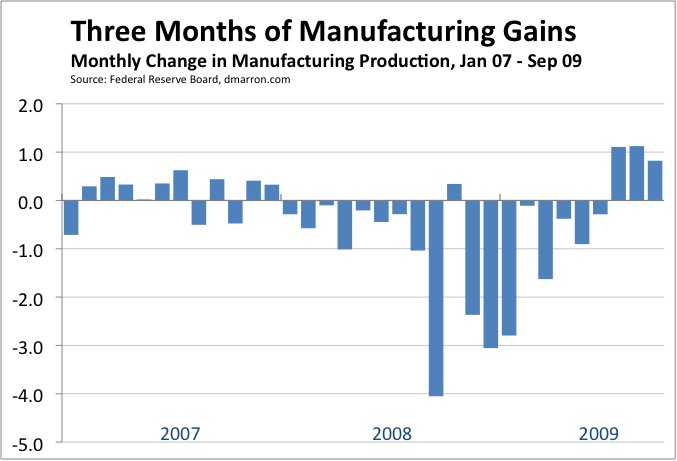 Manufacturing still has a long way to go. But the recent strength in industrial production, generally, and manufacturing, specifically, adds weight to the view that the recession may have ended early this summer. (Recall that the last recession ended in November 2001, even though job losses continued long afterward.)

One thought on “Manufacturing on the Upswing”